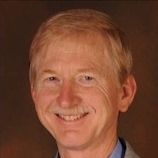 The Reverend Rossetter (Rusty) Leavitt was born in San Benito, Texas. He received a degree in education from Concordia University, Seward, Nebraska and later a Master’s of Divinity from Concordia Lutheran Seminary. Pastor Leavitt formerly served as Director of Christian Education at Zion Lutheran in Orlando, FL, completed his Vicarage at St. Paul Lutheran in Sioux City, Iowa in 1980, and was Pastor of St. Marks’s Lutheran in Mineral Wells, TX for seven years. Prior to joining Beautiful Savior in January, 2002, he was Pastor of St. Paul Lutheran in Vernon, TX for 14 years. Pastor Leavitt and his wife, the former Lynn Karmer (a school teacher) of Quincy, IL have five grown sons, four daughter-in-laws, and six grandchildren.

Pastor Todd and his wife Jessi have been members of Beautiful Savior for several years serving the Church in teaching Bible classes, Vacation Bible School leader, music, and facilitating church services and special events with audio and visual expertise.  Pastor Todd was ordained January 15, 2012 and serves at Beautiful Savior leading the Sunday morning contemporary worship and several Bible studies (at church, online and off campus in the community).

Pam became a member of Beautiful Savior in 2009. She moved to Florida from Glenview, Illinois in 1993. Her son Tim lives in Clarksville, Tennessee with his wife and three children. She had previously worked in an administrative position for a boat manufacturer for 11 years. She is also on the Evangelism Board. Her sister Linda, brother-in-law Chris, and their children are also members of Beautiful Savior. 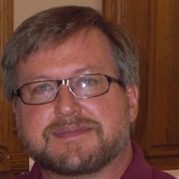 Norm was born in Chicago and grew up in Arlington Heights, Illinois. He received his Bachelors Degree in Music Education from Northern Illinois University in DeKalb, Illinois.  He received his Masters Degree in Wind Conducting from the University of Kansas.  Norm taught for 10 years in McHenry County, which is an hour west of Chicago.  Norm currently teaches at Riverview High School in Sarasota. He teaches band, jazz ensemble, orchestra and IB Music. Norm plays piano, bass trombone, electric bass and loves to sing.  He has been involved in church music for all of his adult life.

Join Us This Weekend!

We meet every Saturday and Sunday in-person and online. We'd love to get to know you. Join us for our next service!

Get Directions Watch Online Back